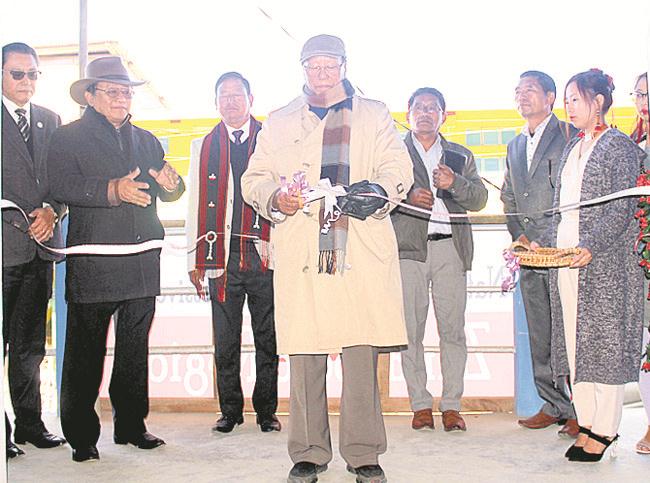 According to NDPP media cell Zunheboto division, NDPP president, Chingwang Konyak said that the situation in Nagaland was becoming worst due to poor governance and change was needed to bring reforms and development. Lamenting that NPF government had failed to work up to the expectations of electorate, Konyak exhorted that transparency and accountability was inevitable in providing good governance which was sadly missing. He also promised NDPP would fight against corruption, centralisation of power and restore rule of law in Nagaland.

Working president, Alemtemshi Jamir appealed to the people to commit to change by providing new leaders to govern Nagaland. He stated that Nagas have a determination and spirit to change and that NDPP would provide a platform for all round development and progress in the state. Former minister and party vice president, Dr. Chumben Murry also asked the people to retrospect the present government which was “full of unrest from civil societies and poor infrastructure”. Assuring that NDPP would provide good governance, Dr. Chumben urged the people to support NDPP so as to lead Nagas to a new Nagaland.

Exhorting the gathering, former vigilance commissioner Nagaland, KT Sukhalu stressed that God and prayer was the foremost tool in their working procedure and urged the people to be a part of the change for betterment and that NDPP was practically local, with a global vision.
Meanwhile, short speeches were also delivered by general secretary, Toiho S. Yeptho, president, youth wing, K. Yhome and Kiyelho Yepthomi. NDPP Zunheboto region office was also officially inaugurated by Chinwang Konyak.