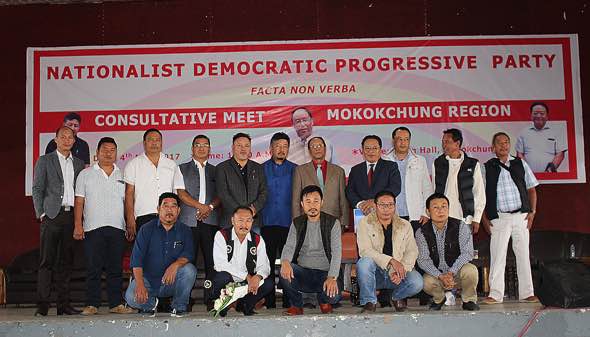 After obtaining registration under Election Commission recently, the Nationalist Democratic Progressive Party (NDPP) has come out with  a statement containing a list of priorities   that seeks to bring about changes in the socio-economic scenario of Nagaland.
Among the priorities, support for early solution of the ongoing “Indo-Naga political negotiations in an honourable manner that is inclusive and acceptable to the people” tops the list.
The Nationalist Democratic Progressive Party  also promises to root out corruption and nepotism and leave no stone unturned towards ushering transparency, good governance, restoration of the system and genuine development.
The youth also figure as among priorities of the NDPP for whom, it promises to create opportunities and also to realise gender equality and at the same time allow meritocracy to prevail.
NDPP also opens its doors to all sections of people to who desire to positively impact upon society for a better and rewarding future.
The Media & Communications Wing of NDPP also said it will soon release a detailed roadmap of consultative meetings, party launching programmes at different regions, conduct of general convention, release of party manifesto and vision document.
NDPP has Chingwang Konyak as president, Alemtemshi Jamir as working president, Abu Metha as secretary general and Rusumtong Longkumer as Treasurer.